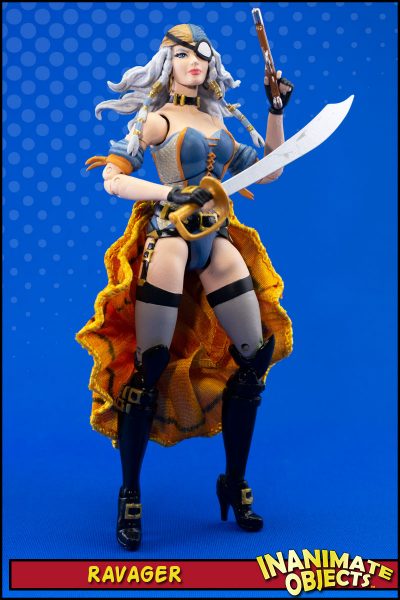 Seems like the farther I make it through the Bombshells roster, the more challenging each design becomes. That’s certainly the case with Ravager. But I relished the challenge, and managed to learn a few things.

This particular design is based on Emanuela Lupacchino’s Bombshells comic cover. (I want to say she designed the outfit, but I am not 100% sure.)

The easiest parts were the legs. I used Bombshell Ivy legs, sculpting the extended books, straps, and buckels.

Initially I used the arms from a Diamond Select Westworld Clementine, as I wanted the bare shoulders and didn’t want to have to worry about paint rubbing in the joints. But I realized AFTER I made the arm transplants that she didn’t have double-jointed elbows, which Ravager really needed to hold that sword. So I committed to further plastic surgery by swiping elbows from some fodder arms, and splicing them into Clementine’s arms. Ultimately, the upper arm swivel is connected via magnets, so it’s very easy to reposition. I smoothed out the sculpt and added the sleeves and ties.

Her head is a Marvel Legends White Rabbit. I chose her head because a) the face is great, and b) the wind-blown hair was perfect.  I removed the hair on the top of her scalp, and sculpted the bandana covering and eyepatch. The braids were a larger challenge. I found some vey small beads and cylinders at the craft store (used in jewelry-making), and threaded them along some flexible wire. In-between I sculpted bits of braided hair. Where the braids meet the head, I cut some well-sculpted pieces from the braids of an old Marvel Legends Valkyrie figure. There should be four such braids, but after all that, two was enough for me. Two gets the point across just as well as four.

The torso is a DC Essentials Harley Quinn, with lots of detail sculpted on. The biggest challenge was the scale mail on the sides. I used a nylon tipped sculpting tool to simply “draw” the mail on a thin field of Magic Sculpt. Not too bad, if I do say so myself. The laces up the front are shaped from ProCreate, with bits of thin styrene rods for the two horizontal pieces at the top.

The biggest challenge was the skirt. I managed to sculpt a smaller but similar skirt for March Harriet. I reasoned I could do the same agin, only larger. Wow, was I wrong. I tried to sculpt that cursed skirt many times, using several different materials and methods. But its shape was just too complex for my meager skills. I then tried to manipulate existing pieces form various plastic skirts and capes to create a similar shape. Nothing worked “close enough.” It’s usually at this point in a frustrating creative experience that I head to an art supply or craft store and scour the aisles looking for solutions, or at least a spark of an idea. Thankfully, I came across a wide, orange ribbon, wired on both sides. With the help of my wife and her sewing skills, we managed to craft a “close enough” skirt. It’s hardly accurate, but it suggests the right shape and purpose. I hot glued some small magnets near the top that align with magnets buried in her posterior. Ultimately, I am quite pleased with the result.

This project was fun, but man, I’m tired now. 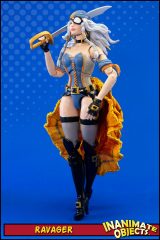 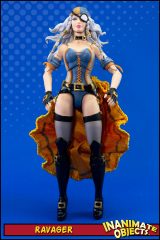 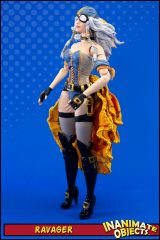 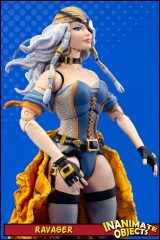 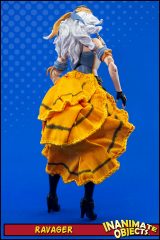 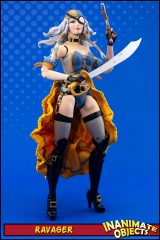 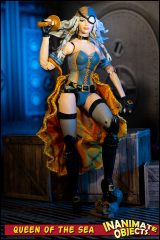 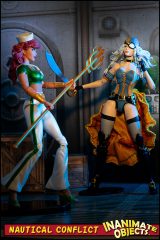 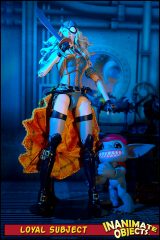 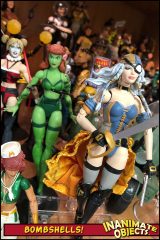 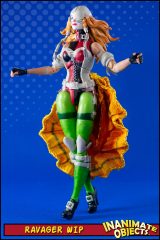