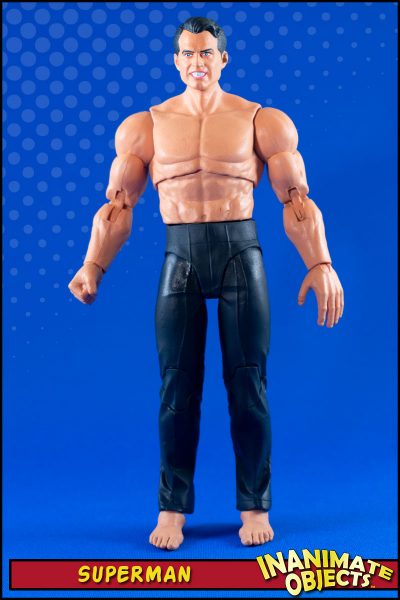 Let’s consider this a work in progress, shall we?

I primarily collect and customize in the 1/10th (7″) scale. And despite the many 7″ figures out there, finding parts is not near as easy as it is for 6″ or 6.5″ figures. So when something catches my attention, I act. In this case, the new Masters of the Universe: Revelation figures had just started hitting retail. I was excited because Mattel announced these would be 7″, and that meant more fodder possibilities for me. When I found out all of He-Man’s gear was removable, I knew exactly what I would use it for: post-resurrection, angry, JL-butt-kicking Clark Kent!

Again, I turned to ebay seller one12club for help with the head. He had an angry Henry Cavill noggin in his store. I asked if he could print one at 1:10th scale, and he graciously agreed. So now I had a head and a torso. His feet are taken from a Marvel Legends Sub-Mariner.

But what about the slacks? Again, the choices were limited. But the answer was staring me in the face at Target. The pants are from one of McFarlane’s My Hero Academia characters, the dude with the giant monster arm. (The chase version has two normal suited arms, which I would have bought a dozen of for fodder. Alas, I will never see that on the pegs. Enough with the chase figures, Todd!) McFarlane’s figures are constructed… oddly, to say the least. Many consist of internal “skeletons” covered by vinyl outfits. (I question how long these will last.) Removing the legs from the rest of the body took some doing, but it is possible. I then had to make a new swivel peg to join the pelvis to the torso.

One of the selling points for me about this project, in fact the main selling point really, was the fact that He-Man’s torso would not require paint. All I had to do was match the flesh tone when I painted the face. Except that, once in hand, He-Man is all but yellow. He has some serious jaundice issues! Get that man some fruit! So I had to paint the whole torso anyway. And that limited the articulation, which is what I wanted to avoid in the first place.

So that is why I consider this piece to be unfinished. (It’s also why I didn’t bother to paint the chest hair.) I need to find another male torso that’s the proper scale and color. You’d think with all those wrestler figures out there, I would have options. But noooooooo. 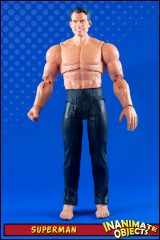 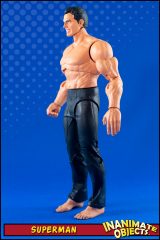 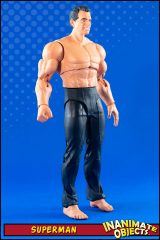 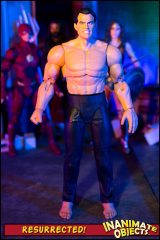 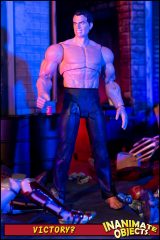