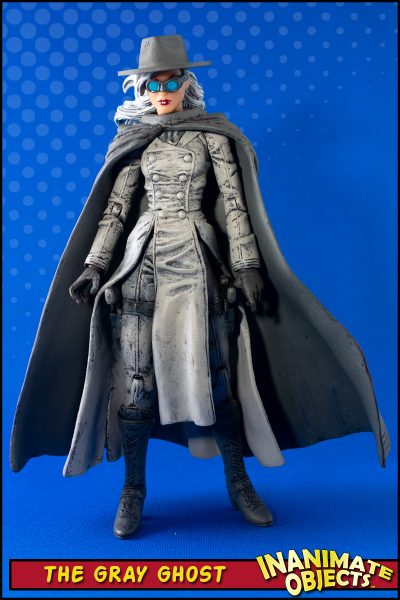 One of the many things I admire about the DC Bombshells series is that the creators, artists, and editors resisted the urge to simply gender-swap the characters. The ladies of the DC Universe got the chance to shine, without merely being converted versions of the male characters. In my expansions of the roster, I’ve tried to follow that rule.

I might have bent that rule a little, this time.

Gray Ghost seemed like a perfect fit for the Bombshell universe to me. So I set about building a Simon Trent as the Gray Ghost custom. I made some progress, but after starting over more than once, I was not satisfied with the result. It was coming across as a dude in a grey suit and a cheap cape. It was missing drama.

By sheer chance, I stumbled across the DC Collectibles figure of Pandora. I hadn’t paid much attention to this figure when it was new, as it’s very much “New 52” and I have little interest in that. But I was struck by how the sculpt of her costume could pass as a female Gray Ghost with some paint. The idea took root, and I couldn’t shake it. But how to not violate the “no gender-bending” rule? I concocted the following to make it work.

The Origin of Bombshells Gray Ghost

Simon Trent was an actor, portraying the Gray Ghost in a popular matinee serial. His sister Simone wanted to change the world, and she was angry that the US army would not allow women into combat. She stowed away on a steamer bound for Europe, where she volunteered with various partisan groups and helped fight against the Nazis. Meanwhile, the producers of the Gray Ghost series made some poor financial decisions, and soon found themselves in debt to the Mafia, and unable to pay. One tragic night, the mob kidnapped Simon Trent, in hopes of ransoming him off to collect their debt, but things went terribly wrong. A gunfight broke out. Simon Trent was later found by the police, shot dead, still tied to a chair. When word reached his sister, she came back to America, adopted the guise of the Gray Ghost, and applied the techniques she learned in Europe to pursue justice against the mob wherever it might be hiding!

With that in mind, I got back to work. I don’t recall changing anything on the body or cape. I swapped Pandora’s head for a Bombshell Batwoman. I had to carve out some hair in the back to accommodate the cape. The hat was 3D printed by juicetinscustoms. The goggles are from my fodder supply. No idea where they came from originally. The rest is paint. 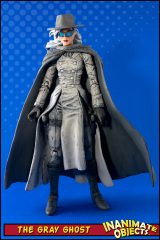 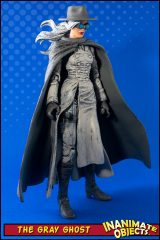 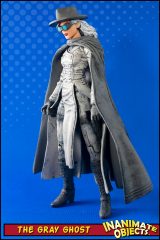 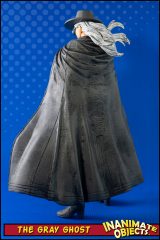 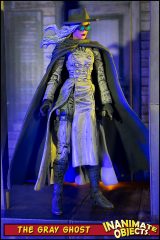 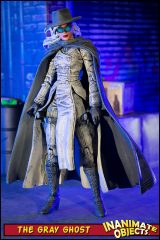 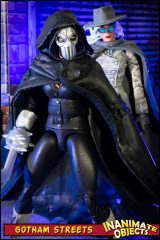 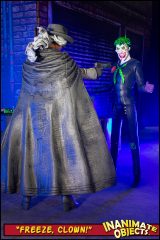 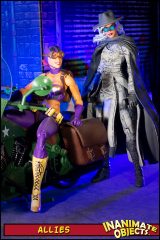 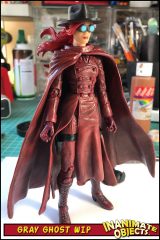