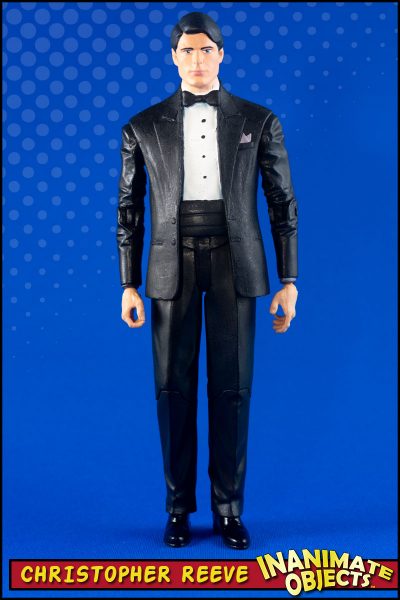 The Christopher Reeve episode of the Muppet Show is pure delight. He is clearly having tremendous fun with all the fur and feathers. When I stumbled across a free 3D print file of Christopher Reeve’s head, I knew I had to take action. (Note the head was of Christopher, not Clark or Superman. That’s unusual.)

Mr. Reeve wore several costumes throughout the episode. I settled on the tux look, because it was easiest, and I am inclined towards the path of least resistance. In retrospect, that was a bad idea.

I could not fins a suited figure that quite matched his tux, so I settled on an old DC Direct Silver Age Two-Face figure. The coat should be buttoned, but since that wasn’t going to happen, I sculpted the cummerbund. It passes well enough as his show look. I printed the head. All that was left was paint.

Given that the tux was mostly black, I decided to dye it black, rather than paint it. I removed the hands (the head wasn’t attached yet), and dropped the body into the near-boiling dye. I figured I could mange to paint the shirt, even if it wasn’t perfect. I had some other figures to dye at the same time (like this Eddie Nygma), so into the pot they went! Things went downhill from there.

Turns out that Two-Face body was extremely dye resistant. Neither the raw plastic or the painted areas accepted the dye well, if at all. Worse, the painted half of Two-Face manage to transfer its paint onto all the figures in the pot, where the newly-transferred paint now resisted the dye on those figure. In the end, I had some semi-black figures with purple-grey spots all over them. Not ideal.

So I reverted back to old fashioned paint. Mr. Reeve received a traditional paint job and all was well. Until it wasn’t.

A few weeks later, I noticed the white shirt was now a dirty grey. So was his neck. And the kerchief. The dye that never took solidly was leaking through the layers of paint. So I painted it again. And again it leaked through. I applied more paint. It leaked through. You can see where this is going. In the end, I had to mask off the shirt and neck and blast them with several layers of Kilz primer. By the time the dye stopped leaking, almost all sculpted details of the shirt and neck were lost. (Those buttons used to be 3D. They’re mostly paint now.)

It was a frustrating, awkward experience. That’s the second official time I have tried to use dye. Neither experiment went well. 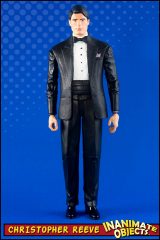 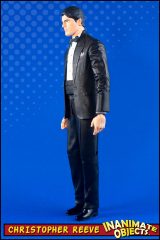 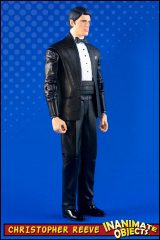 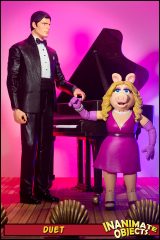